100 projects implemented and improved quality of life for 100,000 citizens

100 projects implemented and improved quality of life for 100,000 citizens

More than 200 local community forums held, 76 infrastructure projects and 34 social inclusion projects, 125 premises of local communities modernised, seven social centres opened, and countless trainings for local community representatives are but few deliverables of the project Strengthening the Role of Local Communities/Mjesne Zajednice (MZs) in BiH. During only one year of its implementation, the project had an impact on the quality of life of more than 100,000 citizens in BiH, of which 40,000 women.

Cooperation Director with the Swiss Embassy in BiH, Ms. Barbara Dätwyler Scheuer, stressed that the Government of Switzerland has been supporting projects aimed at local community development for many years now, and this project has made yet another additional step, for it is delivering in places where people live and have their needs actually met. “A project for me is a living one once I get to meet the people and see what they do and how are they implementing it,ˮ added Ms. Scheuer.

“I am pleased to see that this project is delivering well; the role of citizens in decision-making and the work of municipal administrations is already evident,ˮ said the representative of the Swedish Embassy in BiH, Mr. Mario Vignjević, noting that citizens themselves have ensured that the project is even more effective and successful with their own proposals.

“The project is financed by the Governments of Switzerland and Sweden in the amount of BAM 14.5 million, while local government units participate with 30% of co-financing, which gives the sense of ownership over the project to local authorities, and encourages their greater involvement. It is also important to stress that many of the activities within the project have been identified as priorities by citizens themselves, and also involve a large number of volunteers,ˮ said UNDP Deputy Resident Representative in BiH, Mr. Sukhrob Khoshmukhamedov.

At a meeting with the delegation, the Speaker of the Petrovo Municipal Assembly Mr. Brano Marjanović extended his gratitude to the governments of Switzerland and Sweden, as well as to UNDP, for significant assistance being provided to the population of this local community through this project.

A visit to the Health Centre also took place, where an ultrasound was procured based on the citizens-defined priorities.

“This has greatly improved the quality of health service provision to around 5,500 medical insurance holders in this municipality, and they will no longer have to travel to health facilities in Doboj or Banja Luka, ˮ said Ms. Toda Đukanović, Head Nurse at the Health Centre in Petrovo.

After the visit to the Health Centre, the delegation paid a visit to the local community of Krtova, where a project of asphalting and improvement of school surrounding was implemented.

Apart from learning more about the exceptional project results, another goal of the visit was to gain insight into the participation of women and youth in project activities, and especially the participation of women in political life at the level of local communities. Representatives of the embassies had the opportunity to discuss these issues with Ms. Nermina Hadžimuhamedović, Head of Social Relations Department with the Gradačac Municipality, and also a project activities coordinator for local communities in the municipality.

In the presence of the Mayor Mr. Edis Dervišagić, a visit was paid to the local community of Vida 1 and a newly opened social centre where representatives of the MZ Vida 1 Youth Council have shared their experiences with the project as well as their views of the future:

“Through the activities in this project, we have learned that a lot can be done and achieved with the right people and good ideas, not only for ourselves, but for others as well, since we change our environment through actions,ˮ said Zlatko, a member of the MZ Vida 1 Youth Council.

Strengthening the Role of Local Communities/Mjesne Zajednice (MZs) in BiH is a joint project of the Government of Switzerland and the Government of Sweden worth BAM 14.5 million, and implemented by the United Nations Development Program (UNDP). The project aims to increase the democratic and direct participation of citizens of Bosnia and Herzegovina in local government, strengthen the accountability of municipal authorities and improve the infrastructure and services at the level of local communities.

136 local communities and 24 local government units (LGUs) across the country will participate in the first phase of the project, which will contribute to improving the quality of life of 300,000 in the whole of the country. 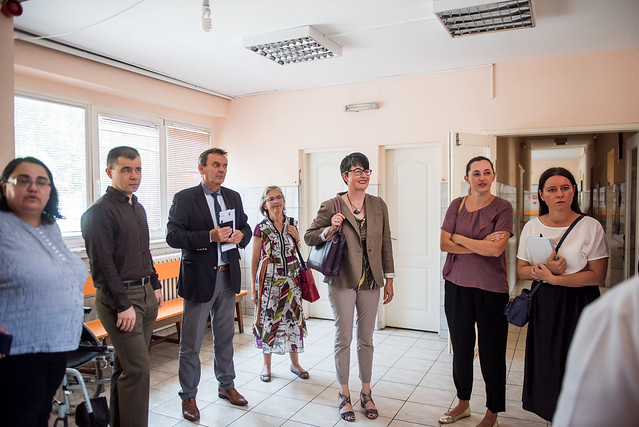